AdiBadri the source of the mythical Saraswati River, is more than a folklore story of elderly villagers of Mugalwali and its twin village, AdiBadri
‘Adi’ meaning Ancient and ‘Badri’ shortform of Badrinath, is one of the most important of the four sites in Hinduism’s Char Dham pilgrimage. AdiBadri is known for its temple in a thick forest, a hill with droplets of water trickling down through a small channel, believed to be the source of Saraswati river, which later meets the Chautang river in the plains.

The worthy mentions in the epic Mahabharata and ancient Hindu manuscripts such as the Rig Veda only proves its significance in the Harappa civilization nearly 4,500 years ago. The 2019 KumbhMela, humanity’s biggest gathering every 12 years, brought back the hypothetical confluence of the hindu holy triumvirate, the Ganga , Yamuna &Saraswati rivers in Allahabad.

The Haryana Saraswati Heritage Development Board (HSHDB) formed in 2015, has affiliation membership with ISRO, Indian Institutes of Technology, the Bhabha Atomic Research Centre and the Archaeological Survey of India etc. HSHDB is heading the investigation into the numerous overlapping religious myths, oral history and latest of the scientific data’s such as the Survey of India’s 1913 and 1969 topographical sheets, satellite imagery provided by the Indian Space Research Organisation (Isro) and British-era maps and charts extensive excavations and soil tests to sketch the river’s buried course of the Saraswati river flowing through Haryana, Rajasthan and Gujarat before draining in the Arabian Sea. The HSHDB experts are also supervising the digging of a 67km manmade channel that will replicate as much of the lost river’s course.

All this abuzz around AdiBadri continues to attract pandits,saffron-clad sadhus and pilgrims trekking and building small ashrams forincantation of Vedic hymns, Gita verses towards the journey of faith. 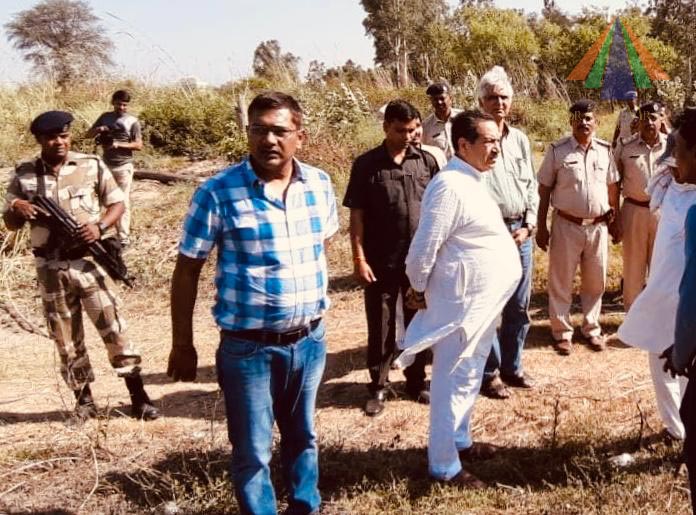 A year ago, Saraswati Heritage Project, a multi-crore-rupee project and one week long Saraswatiyatra were announced by the state government as an initiative to pay tribute to AadiBadri and the search for the mythical Saraswati, believed to be buried several feet down by natural forces. The search in Mugalwali and its twin village, AdiBadri, was reassuring and reaffirming the belief of Saraswati flowing underneath the surface.

Today, ‘New India & SRAM MRAM Resources Pvt Ltd’ is revisiting, revitalizing the importance of AdiBadri and to keep alive the vedicrelevances to the soul searching Char Dhampilgrimage.New India &SRAM MRAM Resources Pvt Ltd aims to join the efforts in propagating the motivation, fascination, curiosity and multi-disciplinary research for unearthing theSaraswati river. The organization heads out with a clear mandate to unite the political ideologies, people’s aspirations and genuine research of scriptural, archaeological and geological information’s. New Indiaintends to realize the vision of reviving the mythological river that once enriched the land with sediments typical of a riverine plateau.

New India & SRAM MRAM Resources Pvt Ltd will assist in the development and restoration by conducting numerous investigations, assessments of techno-feasibility for waterway, heritage development and pilgrimage tourism of the Char Dham destinations. The effort will flow in-sync with the promotion of Santana Dharma and 5thDham in Cambodia. 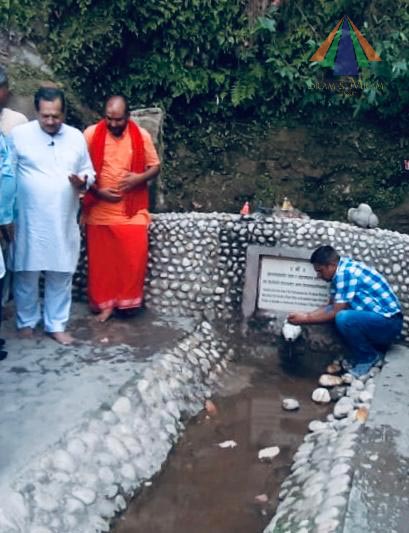 Dr. SaileshLachuHirnandani is the sole man responsible behind the awakening of the Indian and Asian Diaspora across the globe towards the Santana Dharma and 5thDham in Cambodia. Dr. Hiranandani conceived and envisaged a vision of Santana Dharma since 1993, leading him to invigorate numerous CSR activities of his brainchild organization ‘SRAM &MRAM Group’ via Donation Rallies and Charitable Activities globally. With New India & SRAM MRAM Resourced Pvt Ltd, his penchant towards the awakening to 5th Dham, an infusion of Sanatana Dharma and holy pilgrimage to Siem Reap and Angkor Wat in Cambodia gains an extra mileage.

Dr. Hirnandani’sspiritual enlightening is uniting sanathanies across the globe, passing on knowledge of Sanatana Dharma practices and soul searching journey with abundance of blessings and guidance from GurujiKumaranSwamiji. Dr. Hiranandani, Mr. Indresh Kumar and Mr. Sailesh Vats have mutual admirations for each other for being knowledgeable and staunch patriots with lot of love for the country.

New India & SRAM MRAM Resources Pvt Ltd is sowing the seeds of ancient knowledge for the future generation, reaping the benefits of technology and science for the betterment of mankind rooted in Sanathana dharma. Participating and promoting the adventure of finding the mystical river Saraswati is a mile-long step towards the Santana Dharma goal of delivering belief and faith to all.