Oily water separation technology was first introduced to the oil and gas industry by Shell in the 1950’s. Initially utilised API separators were later replaced by Parallel Plate Interceptors (PPI).

Although the PPI separator offered an important improvement in separating oil from water, the efficiency was low. In the search of optimising oily water separation, Corrugated Plate Interceptors (CPI) was jointly developed by Shell’s engineer, Mr. Jan Cornelissen and Mr. Jacob Pielkenrood. This CPI till date is utilised in most industries.

In MEC’s quest to further improve this technology, we have formed a strategic partnership with Pielkenrood BV who is one of the founding fathers of the Corrugated Plate Interceptors (CPI). 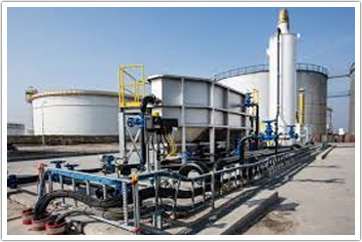 Specifically designed for the offshore industry where constraints of space are a concern, this unit utilizes a larger plate surface per m3 of separator basin volume and per m2 of separator basin area. As with the other types of plate packs, the CFI consists of inclined, parallel corrugated plates spaced closely together. Contrary to counter current separators (CPI) with the entry at the top or bottom, the CFI has an entry at the side. The water flows in a laminar stream between the plates in a horizontal direction.

The main advantage of the CFI is that heavy as well as light particles can be separated from the effluent simultaneously. For instance, oil is separated by floating upwards along the top of the corrugated plates to the surface of the separator tank. Heavier particles at the same time settle along the bottom of the corrugated plates and slide down the plates to be collected in a sludge cone and discharged through a blow-off valve.

This is used to de-hydrate the oil or gas condensate after the first stage separation and for de-oiling the produced water in the second stage. The CFI plate packs are designed specially to fit into any (existing) pressure vessel and offer highly efficient operation. Apart from modifying existing pressure vessels to increase the oily water separation efficiency, we also design and build new pressure cross flow interceptors. 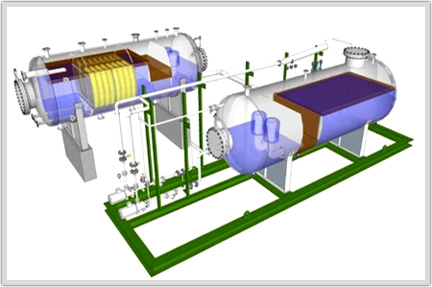 Where to use CFI

There is always time to Message to us