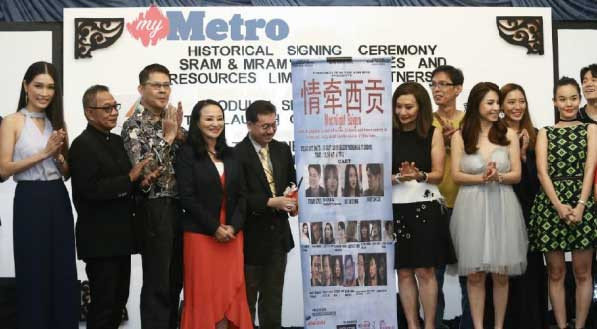 Its Datuk Fauzi Ayob said in conjunction with the FFM30 to be held this December, FINAS intends to lift the homeland film festival to the international scene.

"FINAS is still discussing with the Ministry of Communications and Multimedia as well as various agencies to invite filmmakers from overseas.

"Whether their film product will be nominated in the special award category or participate in the show, it will be decided later," he said.

Fauzi said this when met at the signing ceremony of memorandum of understanding between SRAM & MRAM Technologies & Resources Ltd with Produksi Seni 2020.

Speaking of the cooperation between the production company from Vietnam and the Produksi Seni 2020, Fauzi said it is a great joint venture in promoting attractive local locations to overseas production

"The drama of the Moonlight Saigon series is performed in Vietnam and Malaysia, which is a very good destination.

"It provides space for Malaysia to promote the location of filming films to international production companies," he said.