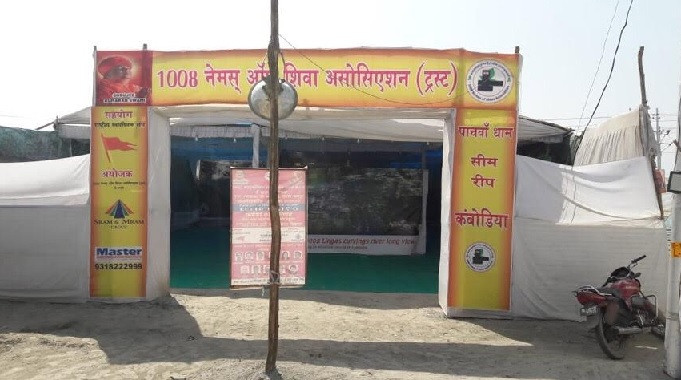 New Delhi [India], Feb 11 (ANI): Cambodia and India are preparing themselves for a holy pilgrimage trip that will encompass millions of the Indian Diaspora from across the world that will send them on a spiritual trail culminating at the 5th Dham at Seam Reap, Cambodia.

Cambodia as most people know being a predominantly Buddhist society but has deep rooted ties with Hinduism, Hindu Idolatry and Hindu mythology.

The magnificent Angkor Wat, the largest Hindu Temple built by a Hindu King. The same is metamorphasised at Continuing the tradition the 5th Dham is being consecrated at the very place in Seam Reap by 1008 Names of Shivas Association, a trust which has visions of a united Sanathana Culture to prevail among all its followers.

The fist of the same is being conducted currently at the Kumbh Mela 2019, the epitome congregation of more than 100 million pilgrims, nearly 1/10th of India’s population, gathered to rejuvenate their mind, body and soul. Regardless of age and gender the Kumbh mela represents the stream of knowledge, spirituality, peace and harmony by celebrating soul cleansing and salvation by taking a holy dip in the sacred rivers.

The mela enables awakening to spirituality, accepting the essence of numerous rituals and activities instilling the country’s rich culture and patriotism alike. The event witnesses immensely devotional and scientific insights.

A rally is being taken out by 1008 names of Shivas from Varanasi, the most sacred of Indian cities to almost all of the major temples across India explaining the 5th Dham and the Sanathana Dharma. Prasad will be distributed at each of the temples.

The 1008 Names of Shiva Association is conducting contests to choose lucky pilgrims for an all-expense paid trip 5th Dham, Cambodia. The winners will visit Cambodia, pay offerings at the historical landmarks of Cambodia, the Angkor Wat (The world’s largest Hindu Temple) and Siem Reap (The Valley of a 1000 Shiv Ling’s). This story is provided by NewsVoir. (ANI)